Don Collett MDiv, RCC-ACS, RMFT is a Registered Marriage and Family Therapist with the Canadian Association of Marriage and Family Therapy.  He is also a Registered Clinical Counselor and an Approved Clinical Supervisor with the British Columbia Association of Clinical Counsellors.  Don provides therapeutic services in a wide range of mental health settings, including his own private practice, BCI Consultants, an EFAP to municipal governments and non-profits.  He is an Associate with Bianca Rucker and Associates in VAncouver, an agency specializing in sexual issues.    He is also an Associate with the Centre for Clinical Therapy in Victoria. For the last eight decade he has specialized in service to front line health care workers and their families, including Nurses, Occupational Therapists, Physiotherapists and Physicians.  His most recent interests focus on intergenerational trauma, and couple therapy amidst the re-negotiaton period before retirement.  In addition, he has therapists and clergy who come to him for their own therapy and supervision.   Don believes in giving back.  Besides his past work with those on the margins of society when he worked in Vancouver's Downtown Eastside, he is past president of the British Columbia Association for Marriage and Family Therapy (BCAMFT).  Recently he was awarded the inaugural Bianca Rucker Award for Distinguished Service for his work during his five year tenure as President of BCAMFT.   His first book, Universal Spirit:  The Seasons of the Christian Year in the Company of Northrop Frye, was published in March of 2019 by Wood Lake Publishing.  The book explores how spiritual issues inform daily life.  He practices online now.  Before the pandemic hit, he practiced out of offices in Vancouver and Victoria.  He looks forward to returning to those locations when physical distancing has eased.  Don lives in Victoria. 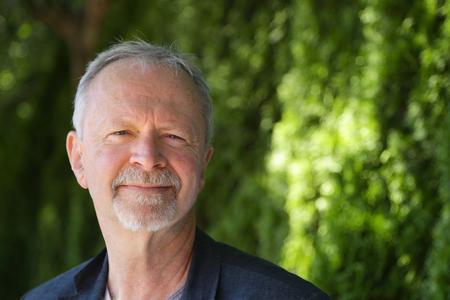